PRELIMINARY REPORT ON THE RESULTS OF THE LONG-TERM OBSERVATION OF THE PUBLIC FOUNDATION "COMMON CAUSE" FOR PREPARATIONS FOR THE ELECTION OF DEPUTIES OF LOCAL KENESHES OF THE KYRGYZ REPUBLIC APPOINTED FOR APRIL 11, 2021 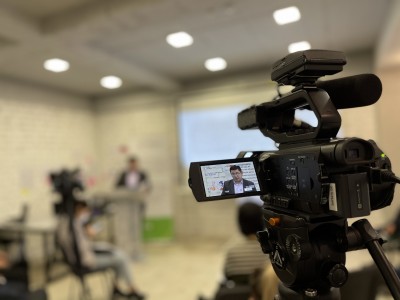 The Public Foundation "Common Cause" has prepared a preliminary report on the results of long-term observation of the preparation and conduct of elections of deputies of local keneshes of the Kyrgyz Republic (KR), scheduled for April 11, 2021.

The preliminary report covers observation of the process of registration of political parties in local elections, the activities of election commissions at all levels, procedures for the formation and updating of voter lists, information and election campaigning, as well as the identification of violations of electoral legislation in the period from March 15 to April 4, 2021.

Along with the appointment of elections of deputies to local keneshes, a referendum on the Constitution was appointed, which caused great controversy in the society. It should be noted that this is already the third referendum, scheduled simultaneously with another election campaign, and one of the official reasons voiced by the deputies is budget savings. However, such a quick appointment of a referendum a month before the vote leaves it without due attention and does not fully understand the significance of the changes introduced in the referendum on the new edition of the Constitution of the Kyrgyz Republic. In addition, opponents of the referendum express the opinion that combining the two electoral processes has another goal - in the form of ensuring a turnout in the upcoming referendum.

We note that this preliminary report covers the observation only of the elections of deputies of local keneshes of the Kyrgyz Republic and does not cover the observation of the referendum (popular vote), due to its late appointment.

The pre-election period is taking place in the context of a pandemic and an economic crisis, like previous election campaigns (parliamentary elections and early presidential elections).

Elections to local keneshes are held in a highly competitive environment, while the emergence and participation of a large number of new parties should be noted, which may indicate an emerging demand in society for new faces with a progressive outlook in politics.

According to the observation data, the socio-political situation in the country on the eve of the elections is relatively calm. It should be noted that locally there is a tense situation in two regions, in the city of Osh due to aggravated relations between political parties and in the city of Bishkek due to the worsening epidemiological situation, as well as high competition.

Regarding the administration of elections, one can note the absence of significant problems and the presence of positive progress in considering violations committed by political parties in terms of the application of such sanctions as the exclusion and deregistration of candidates from political parties, as well as informing citizens about measures to respond to violations. One of the confirmation of this is the decision of the Bishkek TEC to expel the candidate from the political party "Ak-Bata" Y Kadyralieva. and issuing a written warning to a political party for violating election campaign rules. However, attention should be paid to the process of considering complaints and applications by individual territorial election commissions. For example, TECs do not always consider received applications and complaints within the established time frame.

The analysis of the received reports from observers carried out by the Foundation shows that mainly violations of the rules of campaigning, damage to campaign materials, abuse of administrative resources and bribery of votes are observed. The Fund is deeply concerned about the increase in reports from long-term observers (hereinafter - LTOs) on the facts of violations of the rules of pre-election campaigning by certain political parties.

Despite the improvement of the legislative technique and the institutional foundations of the electoral process, the development of the latest information technologies that make it possible to increase the transparency of elections, today the Kyrgyz Republic is faced with some problematic aspects in this area. In the Kyrgyz Republic, the electoral legislation has separate legislative acts regulating elections at different levels, which are not harmonized with each other. Thus, there are differences between the same processes for elections of deputies of local keneshes and elections of deputies of the Jogorku Kenesh of the Kyrgyz Republic. For example, differences in the size of the electoral threshold, campaign rules, election observation process, etc.

The Foundation considers it necessary to carry out activities aimed at improving and harmonizing the electoral legislation of the Kyrgyz Republic on an ongoing basis, based on an analysis of the past elections and taking into account the recommendations of international and public observers.

In general, it can be noted that the main pre-election struggle is unfolding in the cities of republican significance - Bishkek and Osh. According to experts, the results of the elections in these cities will largely determine the atmosphere for the preparation and conduct of the upcoming parliamentary elections in the fall of 2021.