The Common Cause Public Foundation is concerned about the record increase in the number of voters registered on Form No. 2. 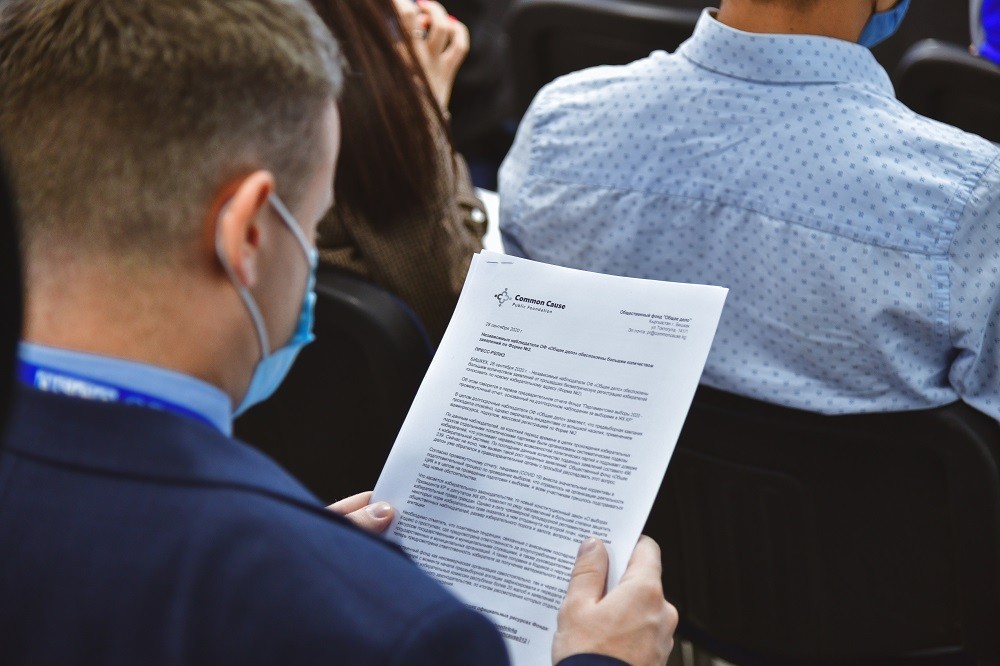 The Common Cause Public Foundation, which is implementing the project of nonpartisan observation of the elections to the Jogorku Kenesh on October 4, expresses serious concern about the increase of the number of voters who submitted applications on Form No. 2, i.e. decided to cast their votes at the voting address rather than at their registered place of residence.

It is undeniable that Part 3 of Article 15 of the Constitutional Law of the Kyrgyz Republic "On Elections of the President of the Kyrgyz Republic and Deputies of the Jogorku Kenesh of the Kyrgyz Republic" stipulates that each voter from the moment of familiarization with the voter’s list, but not later than 15 calendar days before the voting day, has the right to declare his/her intention to vote at the voting address by submitting an application of a standard form with a copy of the passport of a KR citizen to the relevant PEC. This norm was introduced into the legislation to facilitate voters' participation in the elections and the exercise of their active voting right in the event that they are unable to vote at their polling station due to labor migration, temporary change of residence, business trip, etc.

However, the current election campaign and the change of the voters' electoral address is worrying. According to the CEC data as of September 27, the total number of applications on Form No. 2 in this election is 496,239, which is 14.08% of the total electorate. For comparison: at the parliamentary elections of 2015, the number of applications on Form No. 2 amounted to 297,327 or 10.76% of registered voters, and at the presidential elections of 2017, 315,461 applications (10.42%) were submitted. We have no doubt that a certain portion of those who have submitted applications on Form No. 2 is represented by voters who are really forced to change their voting address due to objective circumstances. At the same time, it remains unclear why such a large number of voters decided to register out of their place of residence. It is currently impossible to verify whether this is due to isolation, voter's own initiative, or if they were bribed by political parties and candidates who seek to manipulate the election results to reach the 0.7% regional threshold and/or achieve the "soft" rating within the party. The Common Cause Public Foundation has already addressed law enforcement agencies with a request to investigate this issue.

Of particular concern are statements by some local communities in the regions, including representatives of certain political figures, about their intention not to allow voters from other regions who vote on Form No. 2 to enter their polling stations on election day. This action can lead to a major conflict that does not exclude collisions. It may also lead to the inability to exercise their constitutional voting right for those voters who registered on Form No. 2. Overall, the current situation regarding the use of Form No. 2 undermines the trust of citizens in the rule of law and fair approaches in pre-election processes, which may affect the desire of voters to participate in the elections and adversely affect the image of the Kyrgyz Republic in the eyes of the international community.

The Common Cause Public Foundation calls on the Central Election Commission, as well as law enforcement agencies, to take a more thorough approach in considering this situation, to conduct preventive work with political parties, as well as to strengthen the awareness-raising campaign to prevent abuse of the law by all participants of the election process.