Briefing at the Kabar news agency. Presentation of the first “Preliminary report on the results of long-term observation of the elections of deputies to the Jogorku Kenesh. The observation period is from August 24 to September 25, 2020". 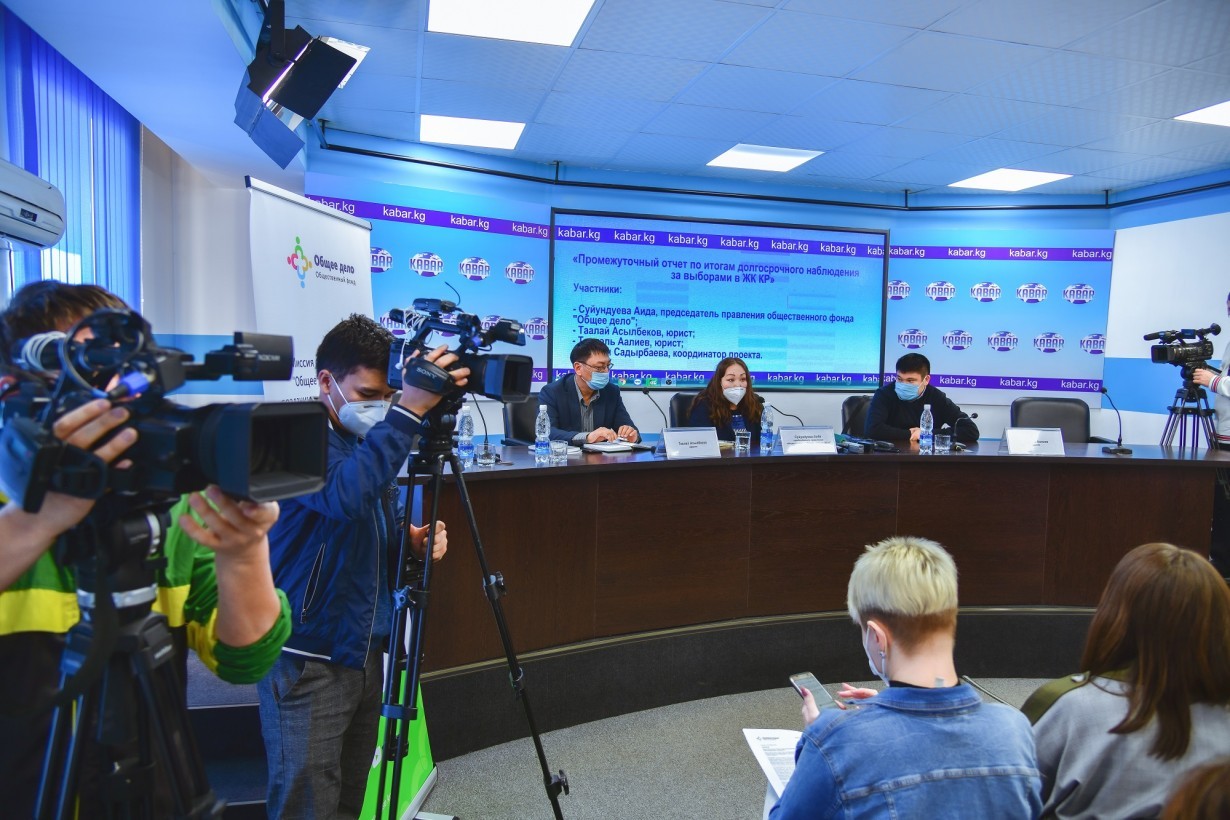 Nonpartisan observers of the Common Cause PF are concerned about the large number of applications from voters who have passed biometric registration to vote at a new voting address (Form No. 2).

This is stated in the first "Preliminary report on the results of long-term observation of the elections of deputies to the Jogorku Kenesh. Observation period from August 24 to September 25, 2020".

In general, long-term observers of the Common Cause PF stated that the election campaign was calm, but was overshadowed by incidents of violence, use of administrative resources, bribery, mass registration on Form No. 2.

According to the observers' data, over a short period of time, some political parties have organized systematic deliveries of voters by transportation in order to pass the electoral thresholds, which increases the inequality of opportunities of political parties and undermines the credibility of the electoral system. As of September 27, the number of applications submitted was 496,239. At present, it is unclear what caused this increase in applications. The Common Cause Public Foundation has already appealed to law enforcement agencies with a request to investigate this issue.

According to the report, the pandemic (COVID 19) made significant adjustments in the election preparation process, which affected the organization of the CEC activities and election preparations in general, therefore forcing all participants to adjust to new circumstances.

As for the electoral legislation, the new constitutional law "On Elections of the President of the KR and deputies of the JK of the KR" allowed to protect the voting rights of citizens to a greater extent in several areas. However, due to excessive procedural regulatory activities, the protection of some voting right norms has been pushed aside, e.g., the rights of public observers, the electoral threshold and deposit size, and issues related to campaigning. 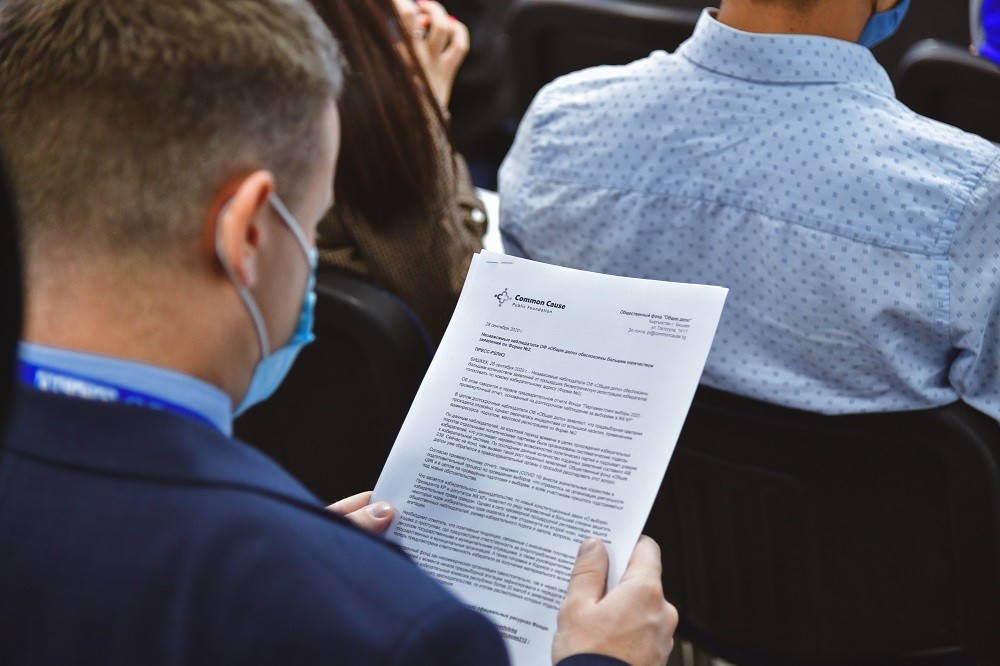 It’s worth noting the positive tendencies related to the latest amendments to the Code of Misdemeanors, which provide for the liability for the abuse of administrative resources by state and municipal officials and heads of state and municipal organizations. Another positive tendency are the amendments to the Violations Code, which now provides for the voter liability for receiving financial gain.

The Public Foundation, both on its own as a non-profit organization or through its representatives, has recorded and handed over more than 20 complaints and applications on violations of electoral legislation since the beginning of election campaigning to the territorial election commissions of the country. As a result of their review, individual PEC members received warnings.

The report covers the period from August 24 to September 25, 2020. It includes the following main sections: organization of elections, legal analysis of the electoral legislation, nomination, and registration of candidates; creation of awareness among the voters and election campaigning; complaints and applications.

The full report is available at www.commoncause.kg

The Common Cause Public Foundation is a non-profit organization established to monitor elections in the Kyrgyz Republic, implement civic education projects, and promote greater citizen participation in governance processes.

The mission of the Foundation is to facilitate the creation of opportunities for citizens to influence the quality of decisions made in the country through public involvement, discourse, and oversight. This year in the Kyrgyz Republic, the Common Cause PF is implementing a project of nonpartisan observation of the elections to the JK of the KR scheduled for October 4. 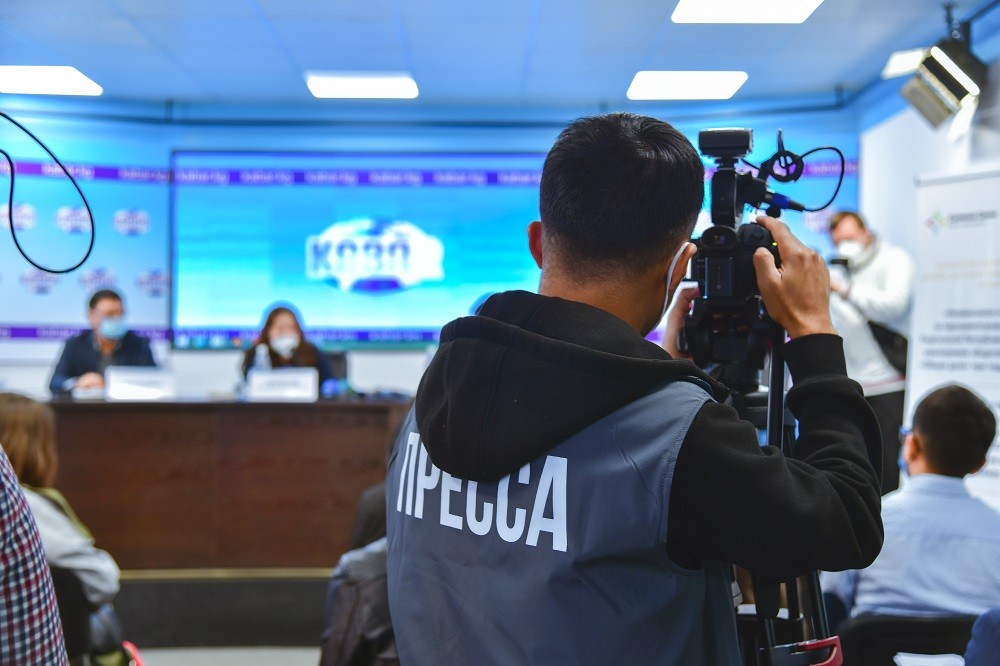 The Common Cause Public Foundation will conduct observation on the day of parliamentary elections to the Jogorku Kenesh on October 4 at 300 selected polling stations, at the CEC, and all territorial election commissions.

The observation will be conducted by 300 short-term observers, 116 long-term observers, and 16 regional lawyers and coordinators; 30 Head Office employees and volunteering lawyers, analysts and operators of the data processing center will be supporting the observation work on the election day. The call center in Bishkek will function under the control of the Head Office.