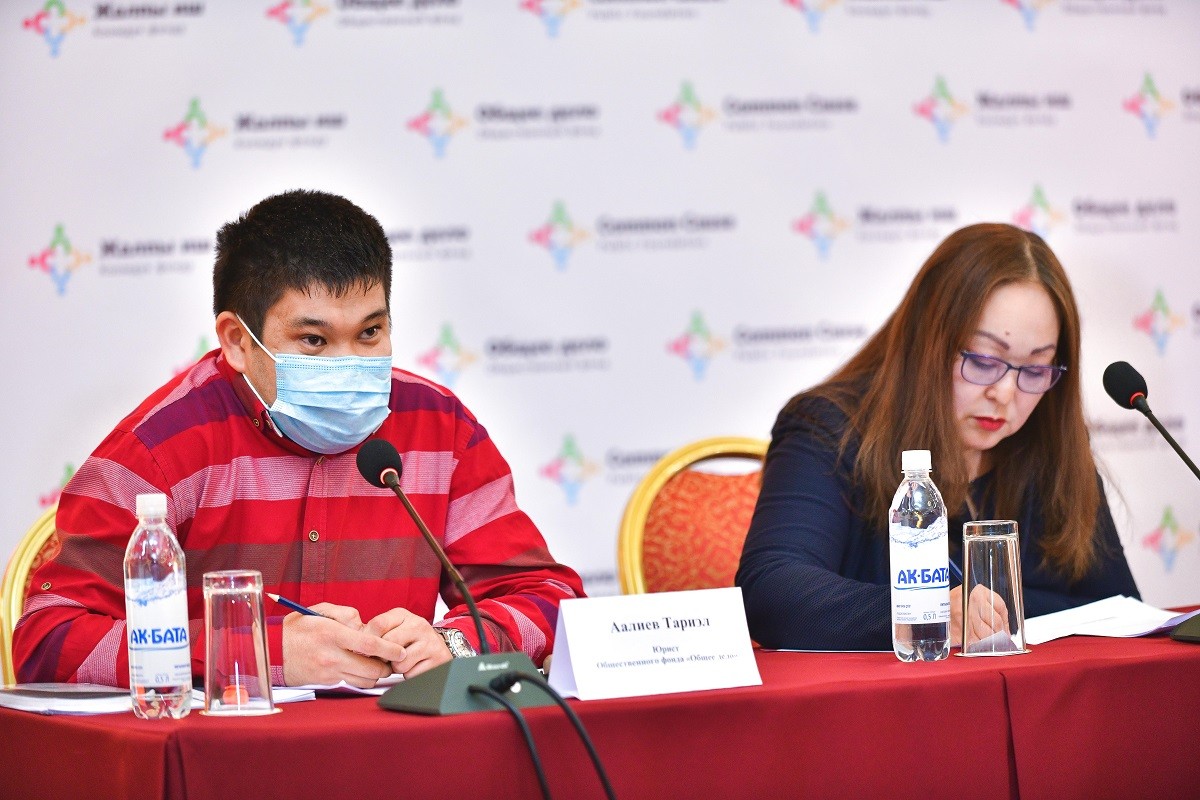 Bishkek, October 5, 2020 – 13:30 – Public Foundation “Common Cause” (the Foundation) deployed 300 stationary observers, 58 mobile teams and eight regional lawyers across the country, to observe the opening procedures, voting, counting and tabulation of results. For stationary observation at polling stations, the Foundation implemented a Sample Based Observation (SBO) methodology, an advanced election monitoring technique enabling it to draw conclusions about selected election day processes representative of the entire country.

Opening, voting, closing and tabulation procedures were largely carried out according to the law. Minor procedural violations were observed at a small proportion of polling stations, while 23 violations of a serious nature were reported. Observations by the mobile team carried out at  additional 452 polling stations showed that the environment around polling stations was generally calm. However, tense situations were observed at 28 polling stations visited. Although not illegal, different political parties organized transportation of voters across the country. Illegal campaigning took place throughout the election day.  Common Cause observers monitoring the work of Territorial Election Commissions did not report major violations  as of 08:00 on 5 October 2020 . 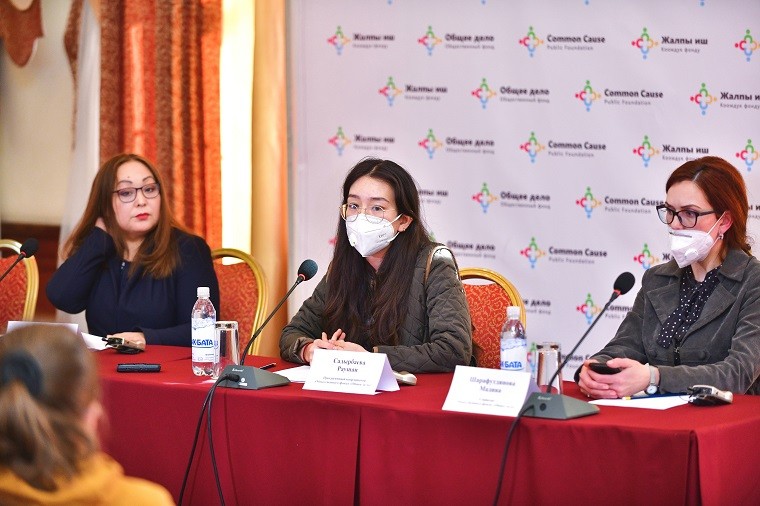 The 2020 turnout as projected by Common Cause was 56,2 percent with a Margin of Error of 1,7 percent. The CEC reported at 22:30 on October 4 that the nationwide turnout was 56,2 percent. It represents an increase of 18,3 percent compared to the 2015 parliamentary election (37,9 percent).

As of now, Common Cause has submitted 43 written submissions  to PECs, related to minor procedural violations, whilst 8  complaints were submitted to TECs and two   to the police.

Isolated reports of violence and alleged reports of violations such as vote buying,  Form 2 manipulations, misuse of administrative resources and intimidation in the pre-election period has likely affected the election day processes the extent of which is difficult to measure. We call upon all responsible institutions to investigate all reported violations  and sanction all illegal acts. 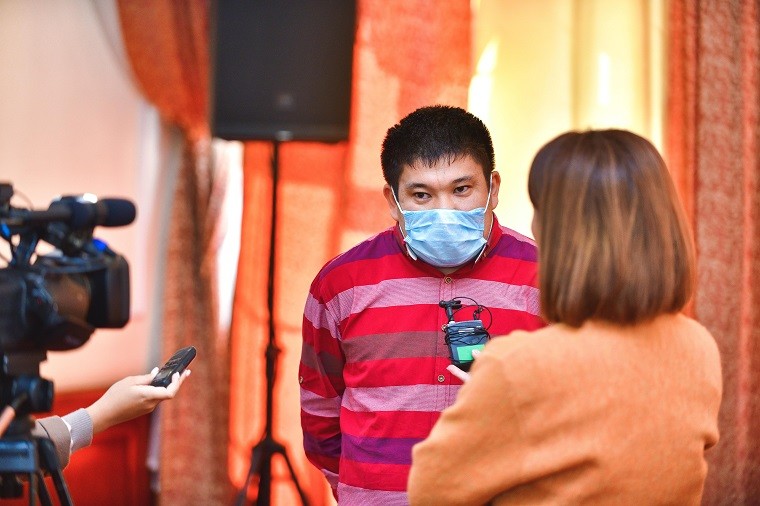 The results of the Sample Based Observation related to election day monitoring are as follows:

Observers reported that the election day commenced peacefully with few minor violations observed. All “Common Cause” observers were granted access to observe the election process at designated polling stations.

Observers reported that the voting was generally peaceful with a small number of procedural violations and a few isolated serious violations.  A vast majority of “Common Cause” observers enjoyed full observation rights. However, observation was hindered at 4 percent of polling stations due to improper operations of PEC members.

Voters were generally properly identified. There were no polling stations where observers reported that 10 or more voters had been permitted to vote without proper identification.

In almost all (99 percent) polling stations there were no cases where someone was allowed to vote without being on the voters’ list.

There was no intimidation and/or pressure  towards voters observed at 98 percent of polling stations.

Closing of Polling Stations and Tabulation of Votes

Observers reported that the closing process  was generally peaceful with a small number of procedural violations and a few isolated serious violations. All observers were able to observe the counting process in an unimpeded manner.

Most (90 percent) of PECs complied with COVID-19 recommendations during counting, whilst 10 percent had problems complying.

Common Cause observers monitored all 54 Territorial Election Commissions (TECs) following the closing of polling stations in an unimpeded manner.

All observers were able to get copies of handover acts of first voting results from PECs to TECs in 50 of the 54 commissions (92 percent). Voting results protocols from PECs were preliminarily reviewed to tabulate results within TEC territory at 46 out of 52 TECs (85 %).

One incident was recorded at the Karakol city TEC in the Issyk-Kul region, where TEC members rewrote data from the accepted PEC protocol written by pen. A respective complaint was filed at the TEC.

Violations and Complaints on Election Day

Common Cause observers reported several serious violations and many procedural irregularities throughout the opening, voting, and counting processes. Members of the election observation mission have launched respective legal proceedings. As of 08:00 on October 5, “Common Cause” has filed 43 written submissions on incidents to the PECs; six complaints to the TECs; and two reports to the police, including related to:

23 serious violations have been reported and verified on Election day, including:

Common Cause will continue monitoring the complaints deliberation processes at higher level election administration bodies and courts, as applicable.

Due to the 5-day ban on issuing reports related to elections before the election day, Common Cause would like to highlight its findings related to the pre-election period. Isolated reports of violence and alleged reports of violations such as vote buying, Form 2 manipulations, misuse of administrative resources and intimidation in the pre-election period has likely affected the election day processes the extent of which is difficult to measure. We call upon all responsible institutions to investigate all reported violations and sanction all illegal acts.

During six weeks of observation, LTOs submitted 348 reports covering long-term observation in all rayons of the country since August 24, 2020.

The occurrence of violence in the pre-election campaign is inexcusable in democratic elections. Unfortunately, instances of campaign violence were reported in Osh, Uzgen, Aravan, Naryn, and Chui, and unfortunately, one party activist has died.

There were 112 reports about vote buying. Among most commonly referenced were Mekenim Kyrgyzstan (90 reports), Birimdik (75 reports), Kyrgyzstan (70 reports). However, the vote buying was impossible to verify, but Common Cause has called upon authorities to investigate this issue as soon as possible.

The Form -2 issue raised concerns and undermined the transparency of the election process.  The number of applications for the Form-2 mechanism as of September was 496. 239. This unusually high number was lowered by the Central Election Commission which published the number of registered Form 2 voters – 441 010 on election day only. This has somewhat undermined the overall transparency of the electoral process. This number still represents 12,51 percent of the entire electorate. Alleged manipulations of the Form-2 mechanism by political parties are still on-going and final conclusions on the issue will only be possible in the post-election period. 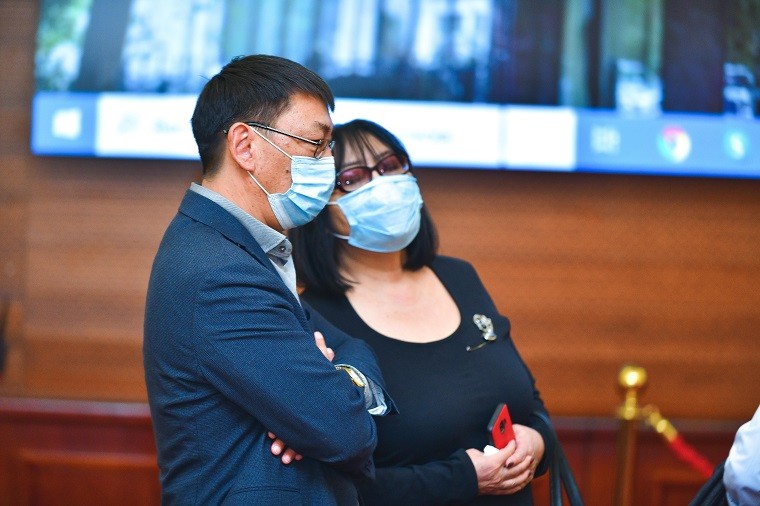 Common Cause would like to thank all election administration bodies for their cooperation as well as its observers who observe  during the pre-election period and on election day across the country.

The Common Cause will continue to monitor the post-election period and issue periodic reports as necessary. The final report on electoral observation will be issued in 30 days.