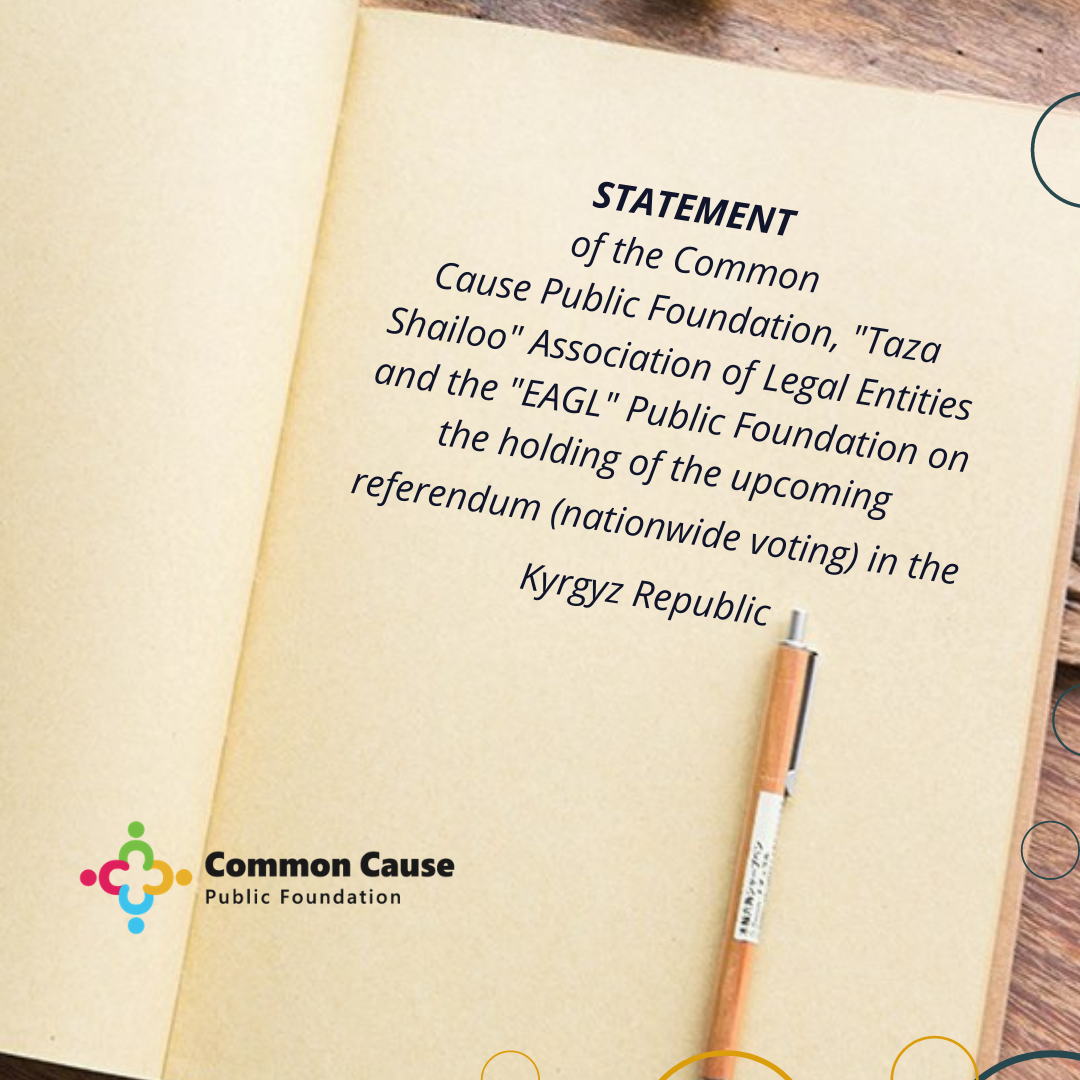 There is a lack of juridical security and clarity as to what was the reason for such haste and persistence in passing the Law of the Kyrgyz Republic despite numerous calls from civil society and conclusions of legal experts that this referendum was premature.

The referendum should be held openly, transparently, complying with the norms of the Kyrgyz Republic's current legislation, and observing all established procedures.

The procedures of behind-the-scenes and non-public adoption of the Law of the Kyrgyz Republic, lack of parliamentary hearings involving all interested parties ("in favor" and "opposed") are puzzling, and there are also doubts about the authenticity of opinions of some political party factions in the Jogorku Kenesh of the Kyrgyz Republic, as some faction members openly stated the unavailability of these positive opinions.

We believe that such an approach to the adoption of statutory and regulatory enactments important for the country may become a "habit" in the future and create a negative precedent.

For instance, voters are informed even during the presidential and parliamentary elections of the Kyrgyz Republic, thus creating an environment for an informed expression of the voters' will.

We should not forget about the Central Election Commission's preparation process for the referendum, where the legislation sets certain deadlines for the preparation with regard to the formation of the "in favor" or "opposed" groups, campaigning, ballot approval and production, etc., which would provide an environment for informing and conducting educational activities for citizens about the nature of the referendum issues and their informed decision-making.

Most citizens of the Kyrgyz Republic have a superficial understanding of the differences between the parliamentary and presidential forms of government. However, no preliminary informational and educational work was conducted with the population. As a result, citizens will attend the referendum and the election without understanding or knowing the essence of the referendum issue.

The fact that a voter, having voted for a candidate for the President of the Kyrgyz Republic on a ballot, may ignore the referendum ballot or vice versa may also be an important point.

Given the importance of the matter in question put to a referendum to determine the form of government, which certainly concerns every citizen and determines the country’s future, it is necessary to make all the preparations and create a proper environment for the free expression of the citizens' will in accordance with the existing law.