At the last parliamentary election "Birimdik" party's election fund amounted to 97.5 million soms, ranking third in size. Of this amount, 32.6 million soms were voluntary donations from citizens. In other words, ordinary people raised almost a third of the funds the party used to campaign for the election.

The Economist.kg financial publication conducted its own investigation, which revealed that people were making their "voluntary donations" not out of their personal funds. They were merely given money of unknown origin, which they had to transfer to the official account of the party under their own name.

Let us remind you that under the law election funds of parties can be formed from the funds of candidates, parties themselves, as well as voluntary donations of individuals and legal entities.

The maximum amount that, by law, individuals can contribute to the account of the party is 200 thousand soms. "Birimdik" is the only party to which 163 citizens donated the maximum allowed amount:

“I was given 200 thousand in front of the bank”

"We went to the RSK-Bank at lunch. They deliberately opened the cash department for us, despite the lunch break. A woman from the party who was gathering employees outside the bank walked around with a bag of money. I was assured that I only had to sign, that it was just "voluntary," and that no one would know anything about it, the face would not be captured," said the headquarters employee, who wished to remain anonymous.

The day the headquarters employee is talking about is August 19, 2020. That's when the biggest chunk of "voluntary" money flowed into the "Birimdik" account: 66 people donated 200,000 soms each. A total of 13.2 million soms on that one day alone was transferred to the party's account.

"I was just asked to"

On different days during August, groups of 5, 10 or 30 people contributed money to the party's account.

The editorial team managed to contact several people who are listed among those who donated 200,000 soms to the party. On the condition of anonymity, they confirmed that they were asked to transfer money to the party's account, and the funds were provided to them.

“They gave me 200 thousand, I went to the RSK and deposited them into the account they told me. I didn't know it broke any rules. No one paid me anything for it, they just asked me to do it,” one of them said.

After visiting other addresses, the editorial team obtained confirmation from several other people who were on the list of those who had donated to the party. They were all simply given 200,000 each and asked to transfer it to the bank account.

"We are not pro-government at all"

When journalists visited the homes of citizens on the list, if the person wasn't at home, their relatives argued that no one from their family had donated, because they found it hard to believe.

At one of the addresses, journalists managed to talk to the donor's brother. When asked if he knew about his brother's contribution to the party's election fund, the man was very surprised.

"We are well-off people, we own a business, but this kind of money ... We certainly have more, but right now we are building a house and we need to invest there, especially 200 thousand. And we are not pro-government at all. We are more in favor of "Reforma"," said the man, whose name we also decided not to disclose for the sake of his safety.

Volunteers and their housing

The editorial team analyzed open data about each of the 163 volunteers to find some of them and discover their connections to the "Birimdik" Party.

Several addresses and donor information were retrieved from open databases, while others were found in social networks. Journalists visited targets in Bishkek and its suburbs to talk to them in person.

Despite the day off, many of them were not at home, but the appearance of most of the houses spoke for themselves: 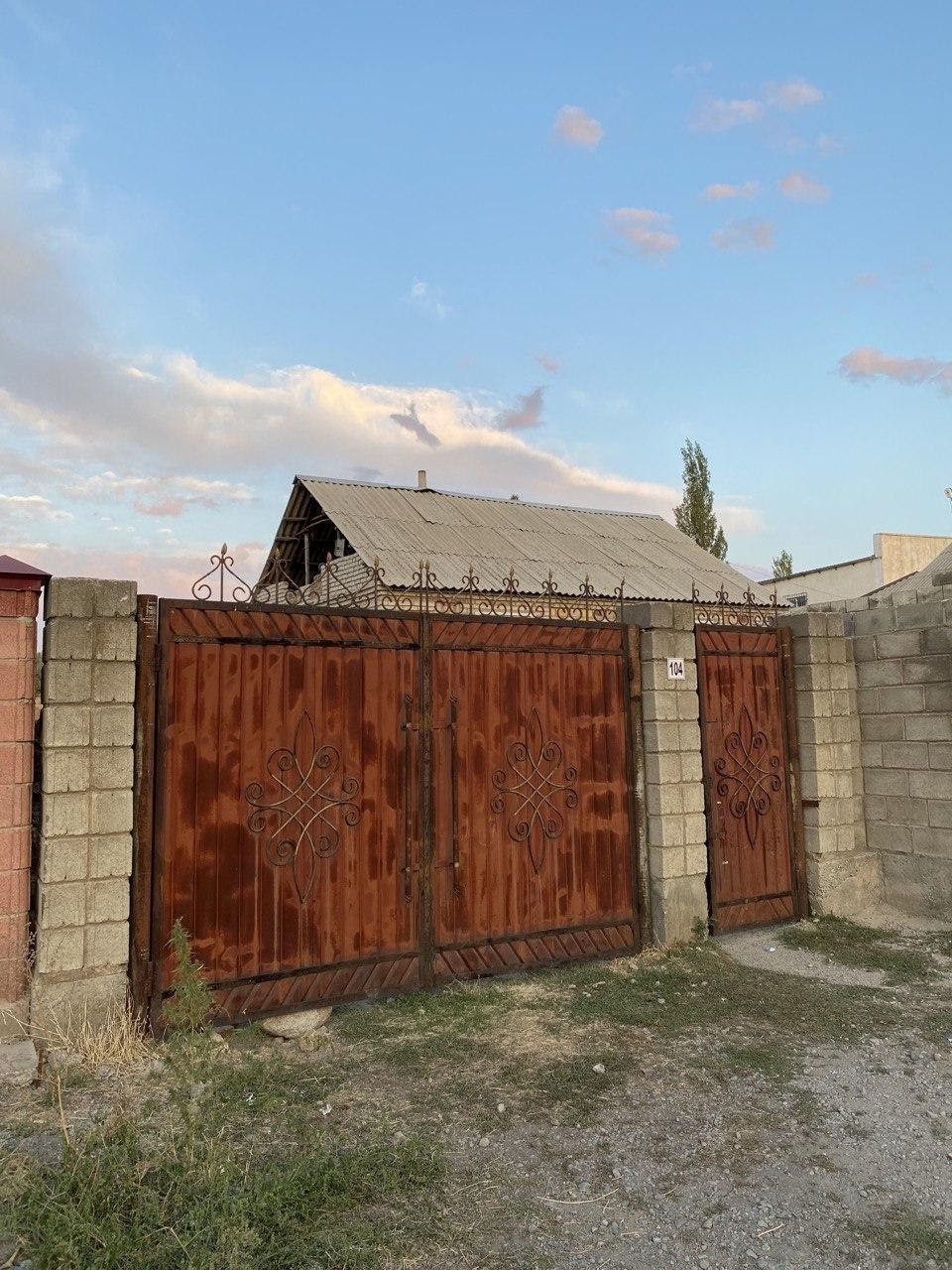 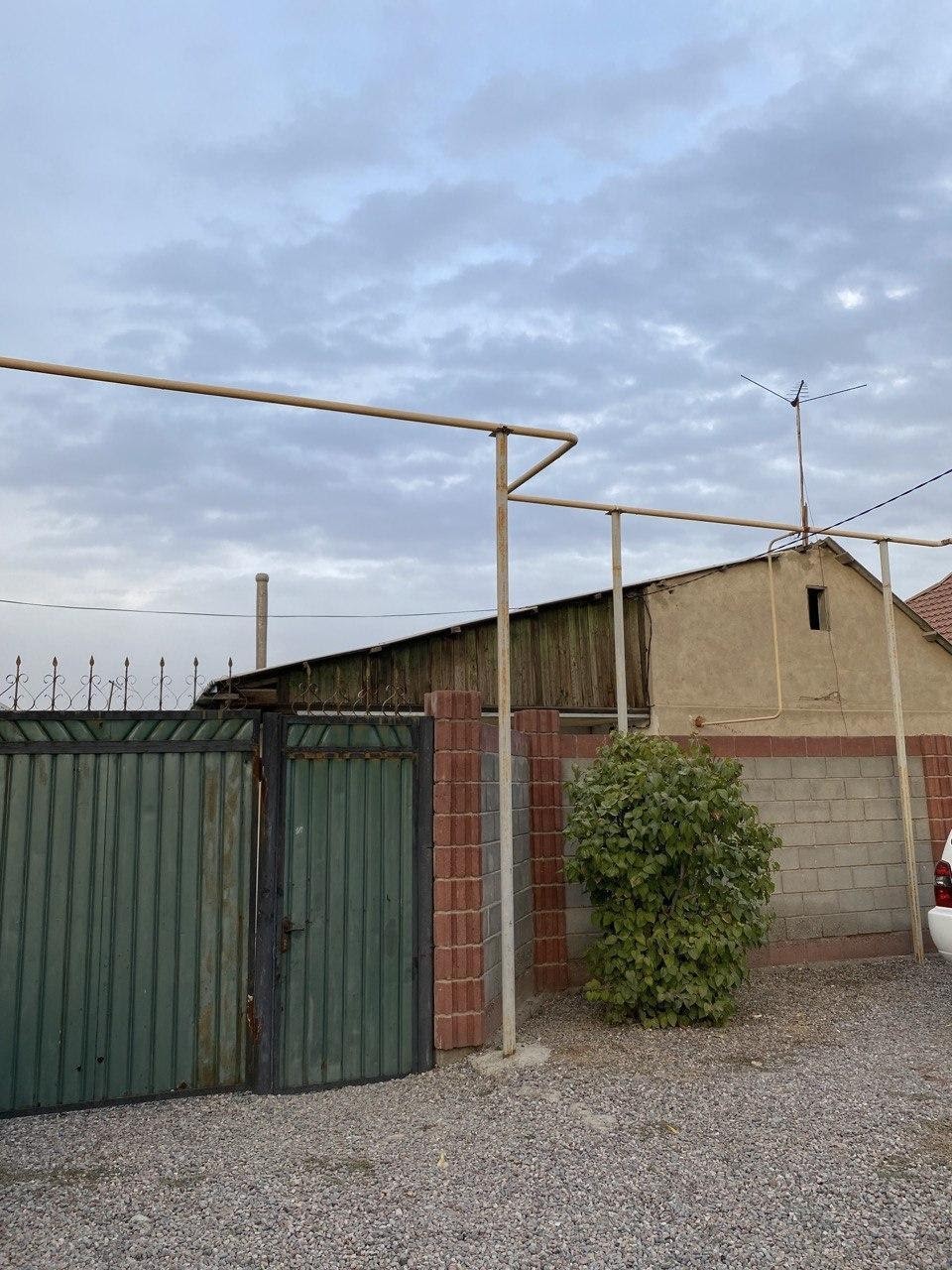 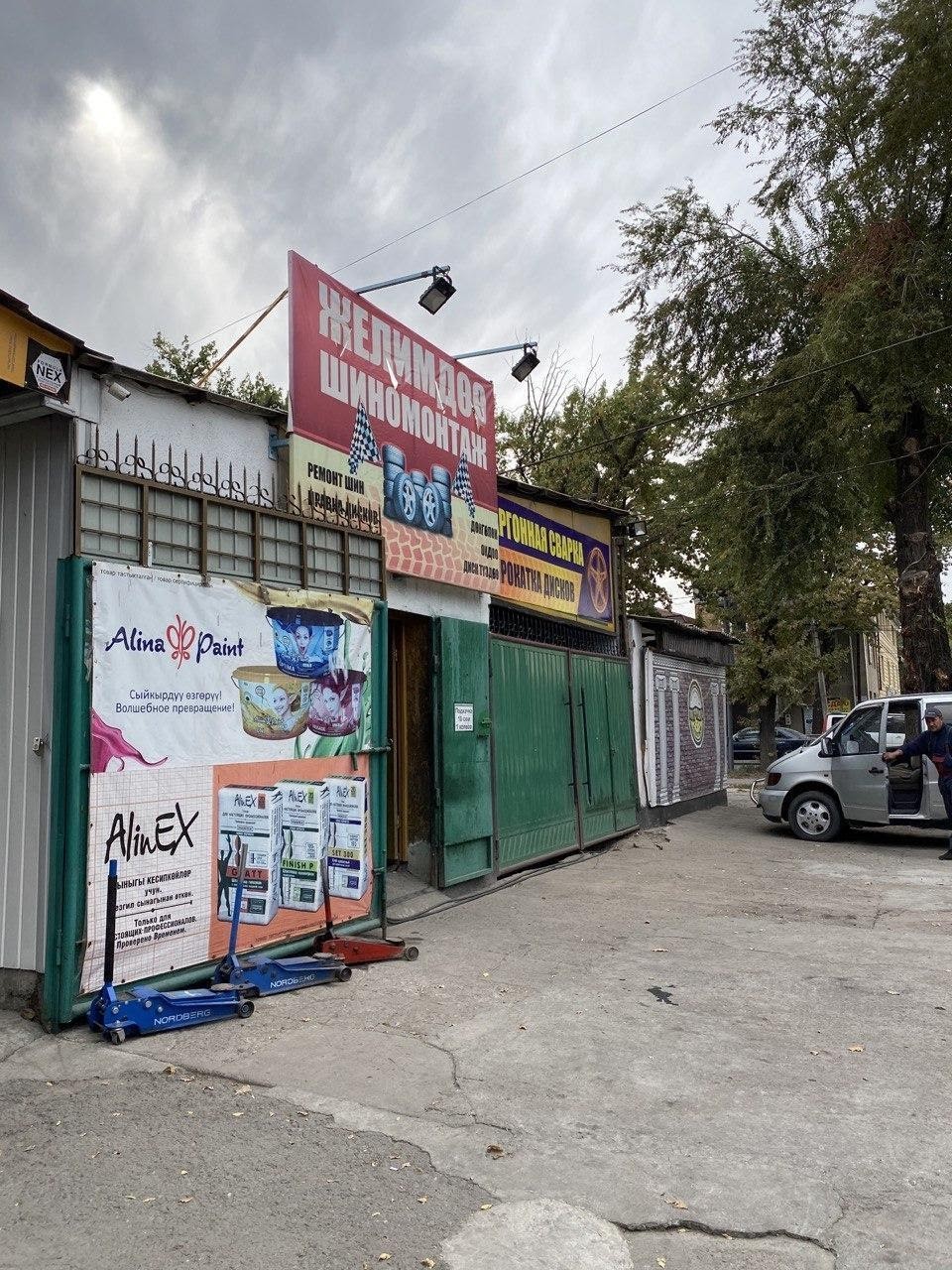 The photo on the far right shows a tire fitting shop on Gagarin Street in Bishkek. According to the database of the State Tax Service, one of the volunteers is registered at this address. The shop staff stated that this address is not residential.

The houses of other citizens who had contributed their own money to the party's election fund were found by satellite: 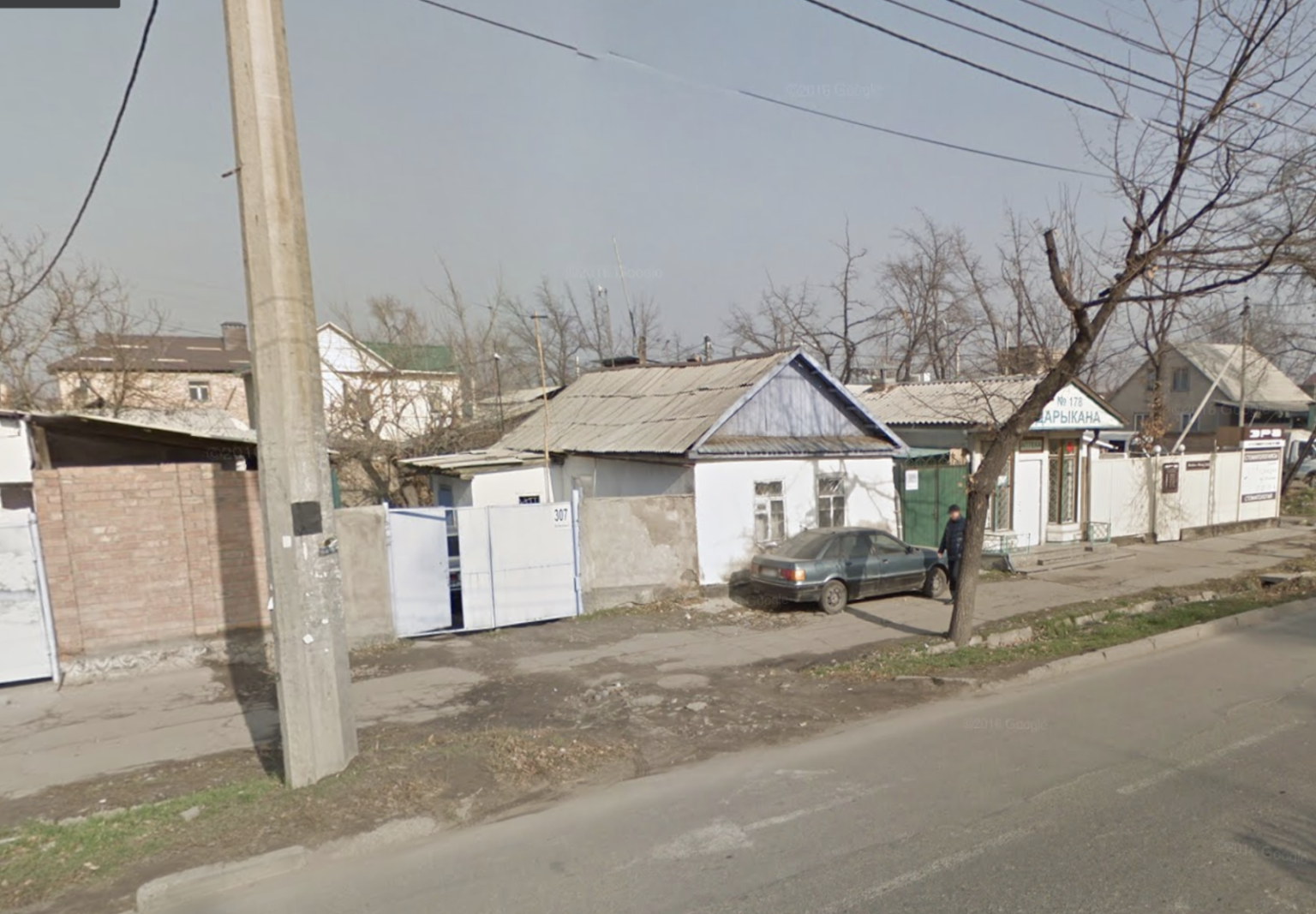 Why an election fund is needed?

After all of the above, it begs the question why resort to such complicated manipulation with the election fund.  The answer is simple: parties can only use funds from the election fund for campaigning and all transactions must be made transparently through the bank.

According to CEC member Gulnara Dzhurabaeva, parliamentary candidates spend a huge amount of money during the campaign, all media and other advertising platforms work officially and all expenses of the party are reflected in their reports to the CEC. In order to pay for all the services the parties form a large election fund.

Dzhurabaeva notes that this case, when the party used fictitious persons to form the election fund, is a precedent for investigation by law enforcement agencies.

"Technically all the laws were observed, but we do not know whose money these are. We need to know that these funds do not come from terrorists, foreign governments, criminals, and so on," she said.

By the way, the official website of the "Birimdik" party no longer functions, and former employees assure that "there are no contacts at all". The editorial team did not receive a reply to an inquiry sent to the party's press service.

Who else contributed money

By comparing the official list of party candidates and the list of donors, we were also able to identify some obvious family ties:

It also turned out that Gulzhan Sultankulova, candidate No. 200 on the party list, made a voluntary donation of 200,000 soms as an individual.

Besides residents of the capital, the geography of donors is extensive and stretches all over Kyrgyzstan. The open database of the State Tax Service indicates that volunteers have their residence registrations in the cities of Osh, Naryn, Batken, Balykchy, Toktogul, Kaindy, Mailuu-Suu, Kerben, Kochkor-Ata, as well as the district centers and villages of Ala-Buka, Bokonbaevo, Kara-Koo, Chon-Oruktu, Karool, Komsomol and many others.

As for the other people who transferred funds to the party's account, there is either little information about them in open databases or no information at all.

The Economist.kg financial publication thanks the Common Cause Public Foundation for its assistance in preparing our material.